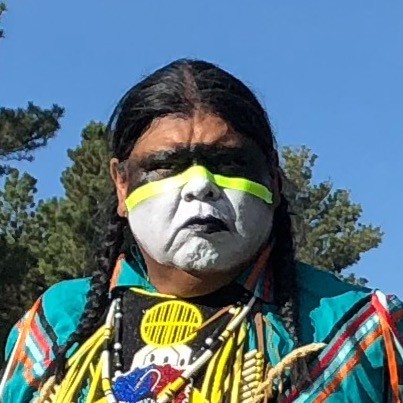 Darin (Bear) Cadman comes from the Kickapoo and Navajo Nations respectively. He resides in his home land of the four corners in the town of Shiprock New Mexico, USA. As an Eagle bone whistle carrier he takes his tribal roll seriously and has been a Traditional War Dancer (known as the Mens Norther Traditional Category) all his life starting at the age of 8 months.  According to him, we live in two worlds.  Present American life and the other world is where struggle and need are met with gifts, offerings, and blessings…

Prior to becoming an Artist/Author, Bear was a successful contractor. However, he tapped into his creative side after suffering a life altering back injury six years ago. He then involved his whole self in many types of art and discover it provided powerful medicine and profound healing. Known for his painting, bead, and feather work around the world from Russia to Dubai, he has also created hundreds of regalia pieces used in traditional Indigenous dance.

Now, Darin “Bear” Cadman has published his first book in partnership with The Charity Gurus. By utilizing their integrated print-on-demand/ship-on-demand technology he was able to save thousands of dollars in upfront cost and start-up fees. Plus as a person of color he quickly realized most publishing houses didn’t take him and his book seriously. In his words “IF they accepted my book, I had to raise $5,000 starting capitol and they would they give me 5 books, you do the math. Working with The Charity Gurus, it relieved the financial pressure of my dream and gave me the freedom to use my resources to create art while avoiding being capitalized upon.” 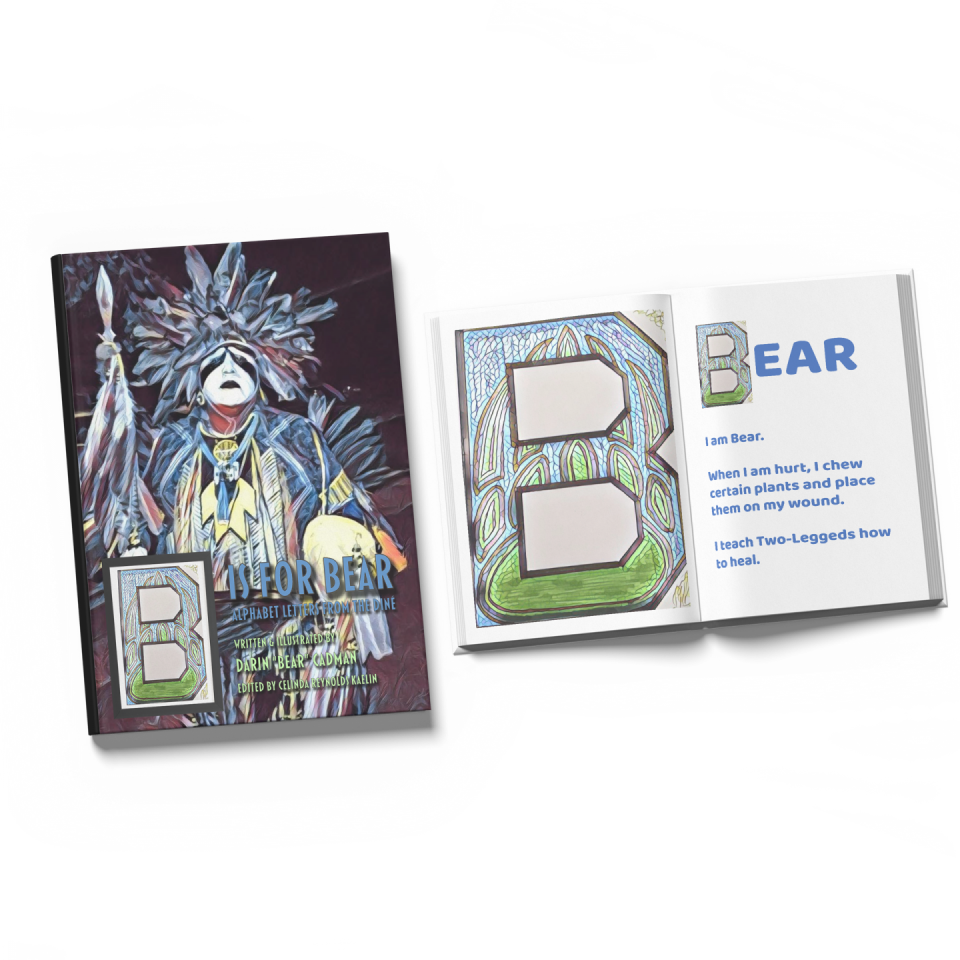 B is for Bear